As you set out for Ithaka
hope the voyage is a long one,
full of adventure, full of discovery.

The drive to Ithaca was indeed a long one. On October 6, I left work early so I could drive to Ithaca with a childhood friend (Sam) to visit Anderson at Cornell. It also happened to be the Columbus Day weekend so after picking up the car from the airport, I tried to get to BU’s hospital in South End as soon as possible to pick Samuel up. Apparently 2 PM wasn’t early enough though and we were in stop and go traffic for several hours. Thankfully Sam drove because I soon felt sleepy, but not so sleepy as to prevent me from appreciating the early October foliage. 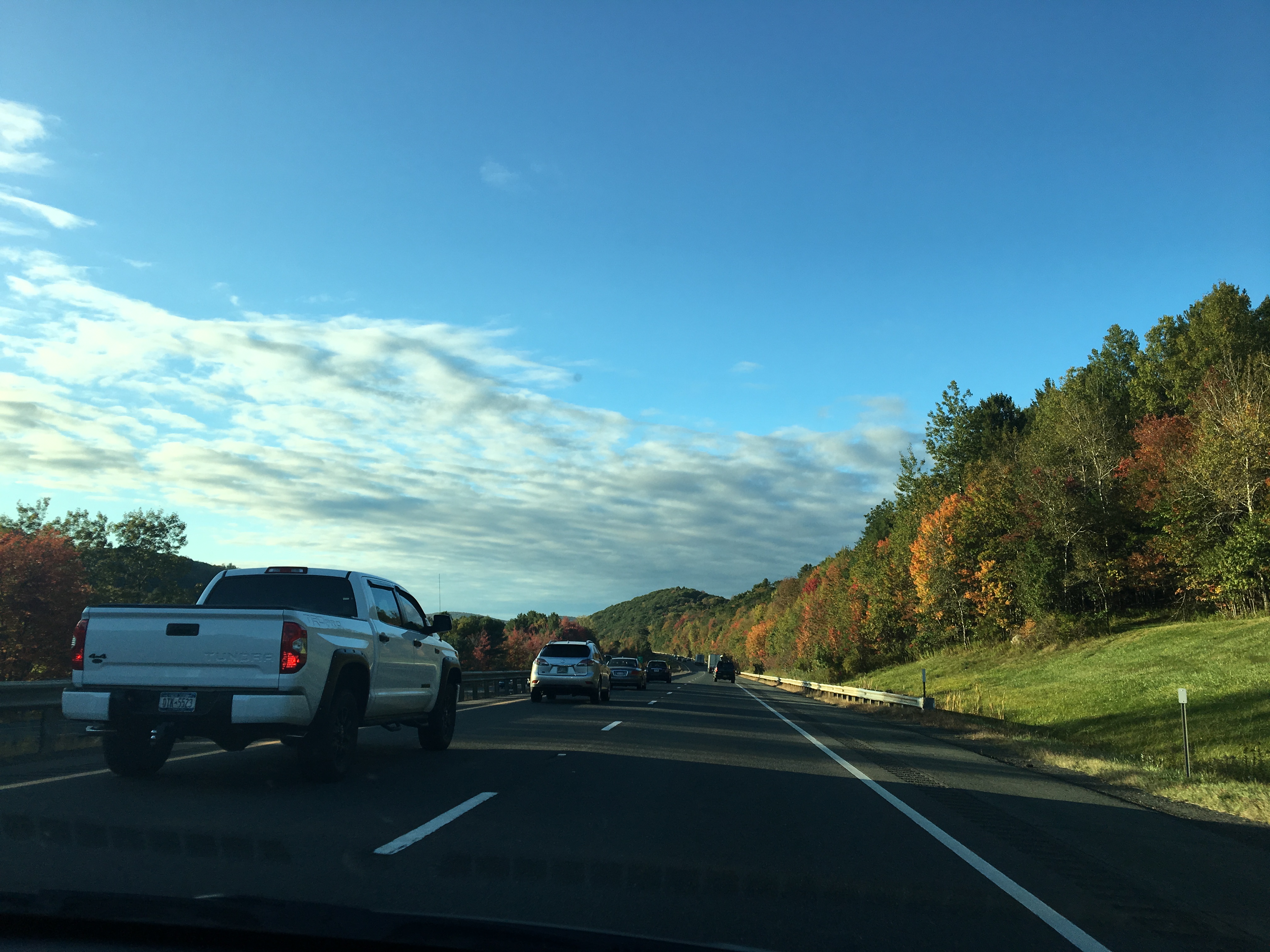 Halfway through the drive, we took a stop in Albany and Rensselaer. I admired the Empire State plaza, 4 sparsely spaced towers and the Egg, probably one of the most unique set of government buildings I’ve ever seen.1 At a Indian/Pakistani restaurant in downtown Albany, I ate biryani for dinner, a pleasant reminder of Chef Omer and Sherbaz. The rest of the drive was mostly in darkness; upstate NY highways apparently don’t have many streetlights. But conversation kept the drive interesting and also allowed us to really catch up.

By the time we arrived at the lovely Chesterton House nearly 8 hours later, it was very dark and quite late. But not so late that Anderson and his friends didn’t take us on a night hike through Ezra’s Tunnel to the falls. There was swimming in a lake (them, not me). 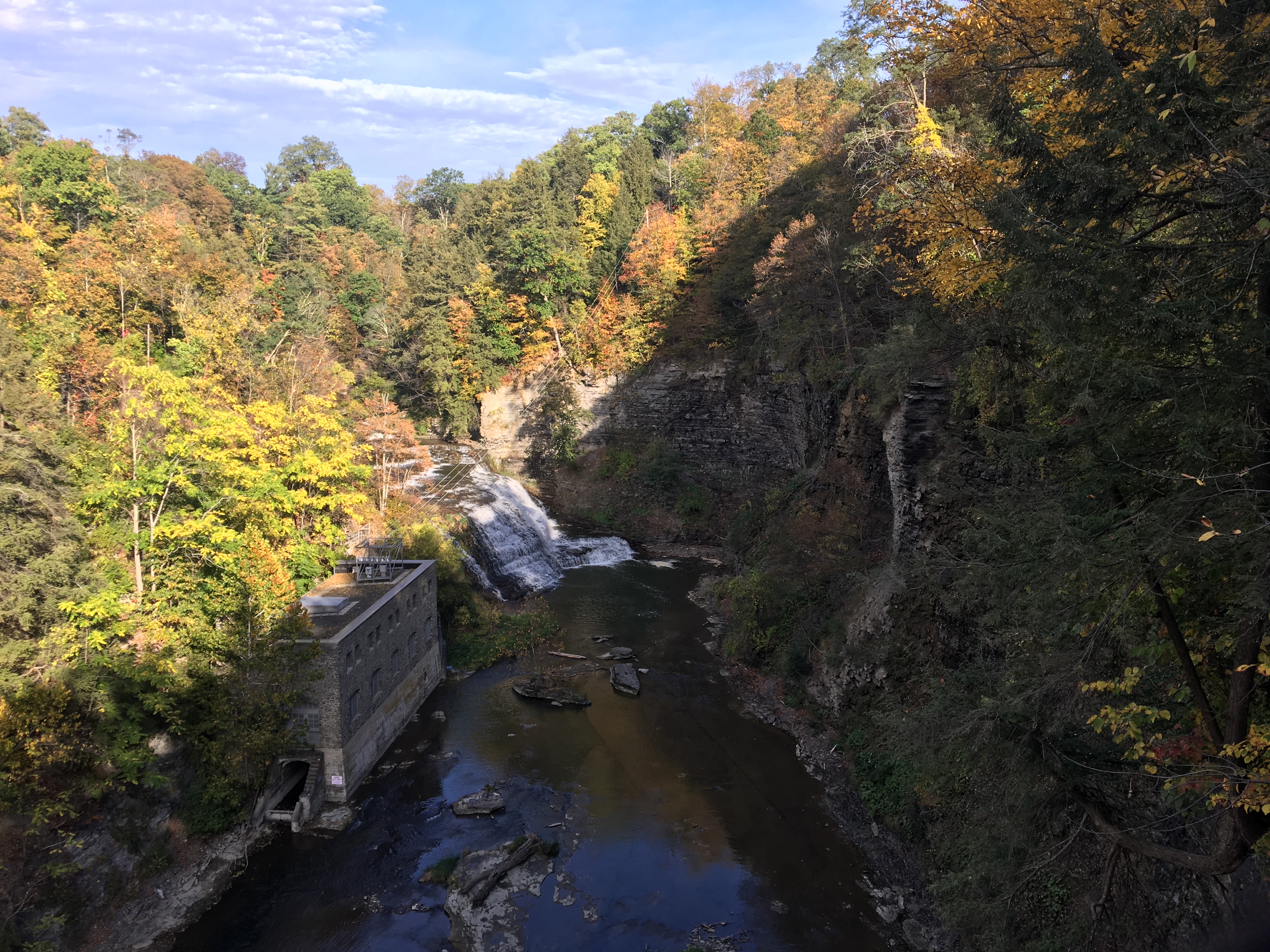 Anderson had a full schedule for us the following day. We first met an enthusiastic freshman tailgater and ate lunch. On our walk around campus we passed by mansions converted into Greek houses, smelled the sheep and cows on the farm, heard a crowd cheer as the Cornell football team beat Harvard (I’m ok with that). At the Ag school I shared a delicious, very rich pint of blackberry, caramel, Bavarian raspberry, and pumpkin (my favorite) ice cream with Anderson. Afternoon napping occurred before then going grocery shopping so that Anderson and Sam could cook a Thai curry dinner for us and a group of his friends.

Sunday started early at Anderson’s Anglican church, a cute place in Ithaca with liturgy and dark wood wall-paneling. I skipped the Eucharist because sharing the cup seemed like an unnecessary health hazard. But a baby was baptized with water sprinkled onto her head with a seashell and they celebrated with wine(!), very tasty cupcakes, brownies, and coffee so I got my own Communion after all. 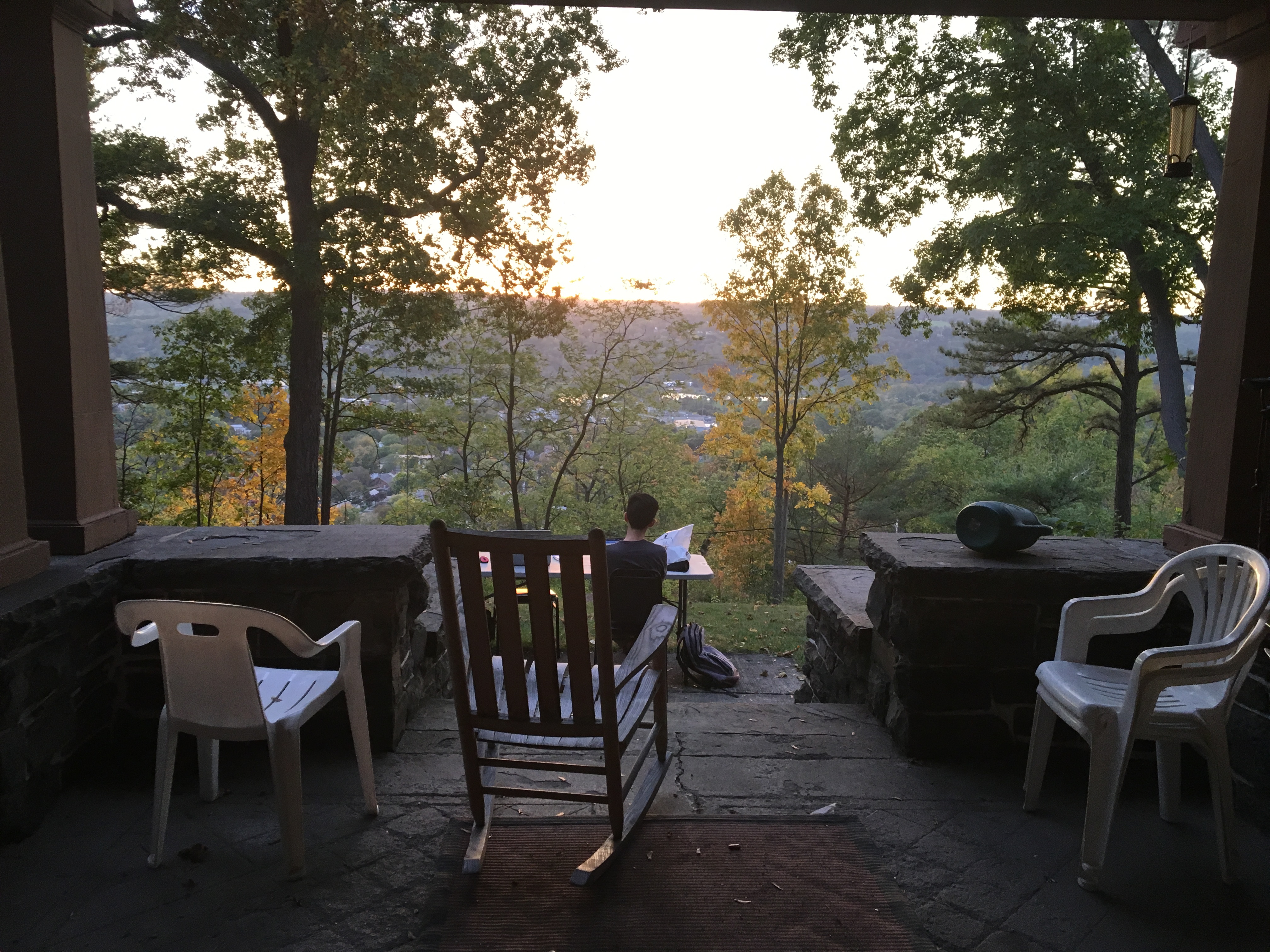 Before I left, Anderson cut my hair in the basement of the house, next to the ping-pong table and a ratty looking couch. The last time he cut my hair two years ago, we got into a huge argument that devolved into a shouting match and a slightly messed up haircut (mine, though he denies it). I think we both swore that no haircuts would ever happen between us again but time (as well as lots of haircutting practice since then) seemed to have healed that particular row, just as it had other prior divisions.

The trip back was shorter. Of interest was a Taiwanese restaurant in Albany, where I had my first beef noodle soup in at least a year and a half. It was quite good. All in all, a quality fall trip reconnecting with two important people in my life. 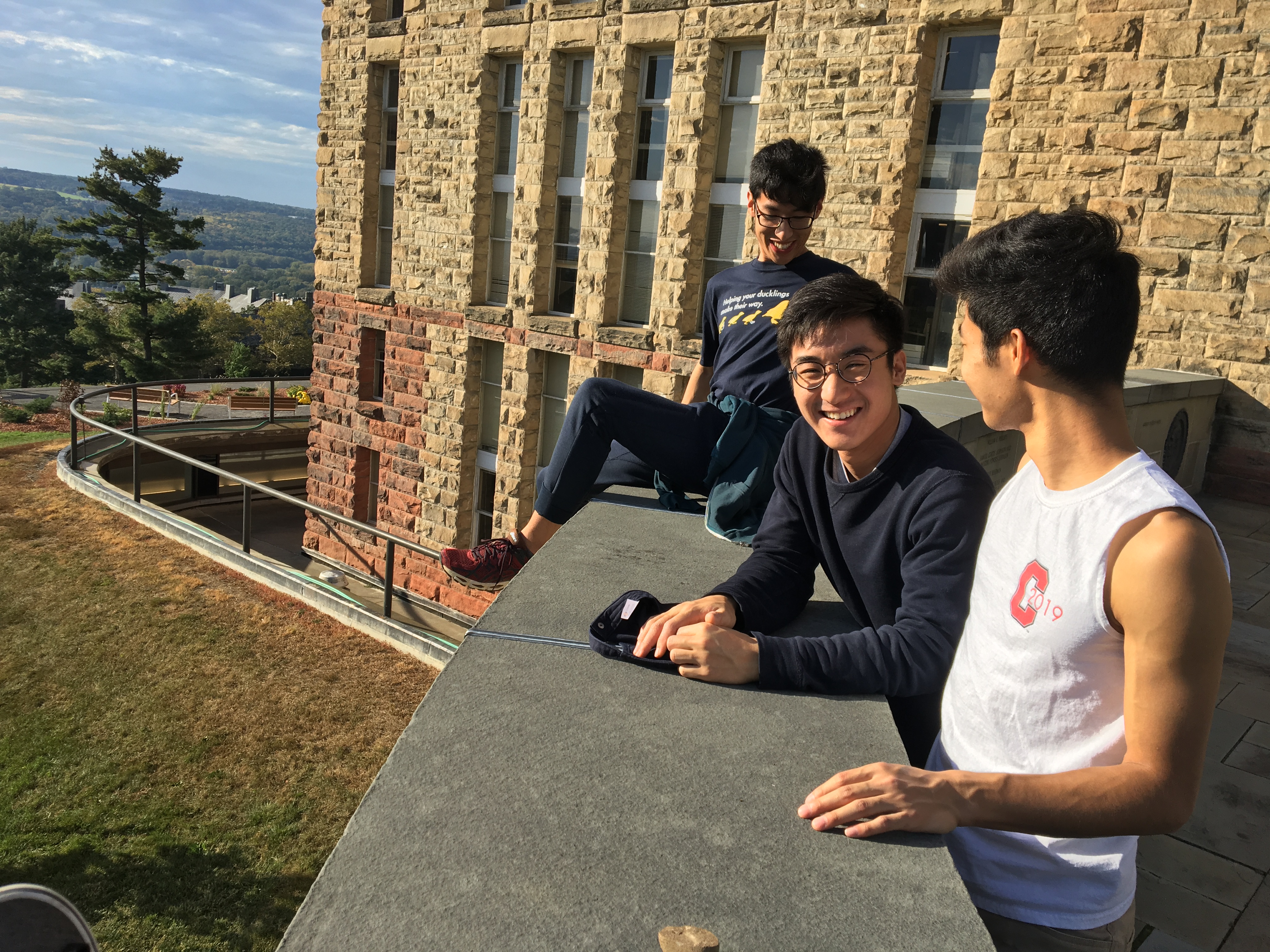